The following is guest post by Guy Cooper, of The World As I Am, who has been an integral driver of the rehabilitation and preservation of mountainous terrain of the Scenic Rim and associated rural land holdings.

The World As I Am undertakes professional and specialised environmental works in the scenic rim area and is highly regarded for its environmental performance by private national parks and regional councils. 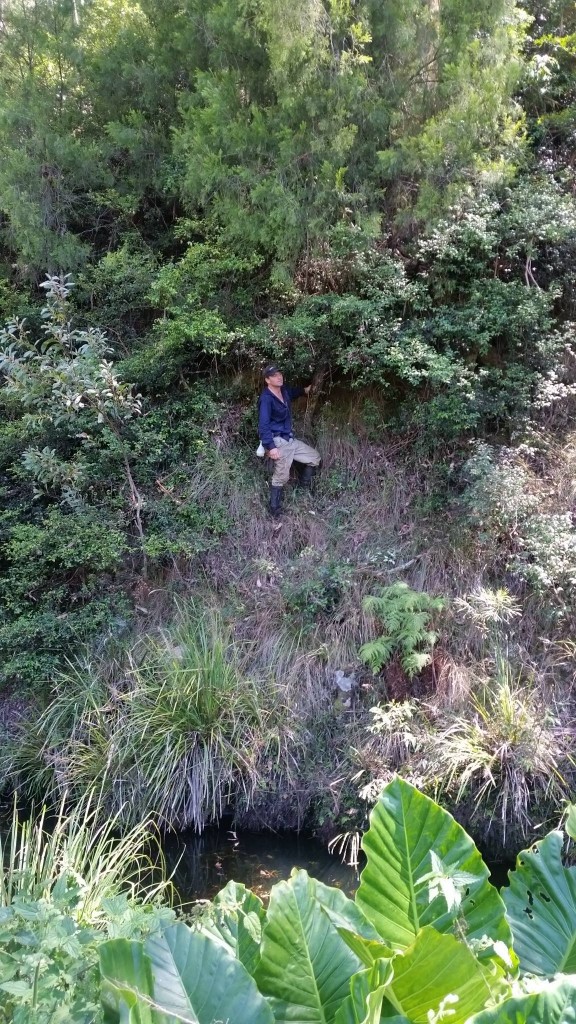 The members of The World As I Am began work in the Yamahra Valley back in 2013 focusing on the infestation of Moth Vine within the National Park. Since then the company was formed and work has continued within the park both funded and volunteer.

The problem was, upstream from the National Park were three privately owned properties all of each also contained this Moth Vine. Although all three properties were diligent in controlling this vine, it still posed an extreme threat to the valley.

After speaking Ben Barton from Mt Barney Wilderness Retreat we had our first of three land holder interested in forming a united front to attack the Moth Vine. Soon after the  Bulimba Creek Catchment Coordinating Committee (B4C) purchased the land east of Ben’s property and it was then that the situation really changed.

After a meeting with the B4C, The World As I Am surveyed the entire catchment line within these properties. The report was submitted and from there it was decided that B4C would fund the treatment of both Ben’s and B4C’s property.

During these works the final land holders were contacted and a survey was completed by The World AS I Am. The Grace’s Hut group were happy to join this catchment team.

All of which was funded by the Bulimba Creek Environment Fund.

The Fund trustees recently decided, with the generous support of their donors, to expand the Yamahra Creek moth vine project to cover all properties in the upper catchment and has committed an additional substantial amount.  This along with the National Parks work should give us a good chance of significantly slowing the spread of the infestation.

Let this be an example to all the valleys in SE QLD. Patience and persistence does pay off.

On a personal and professional level I would like to thank B4C. Your commitment to the environment is priceless. 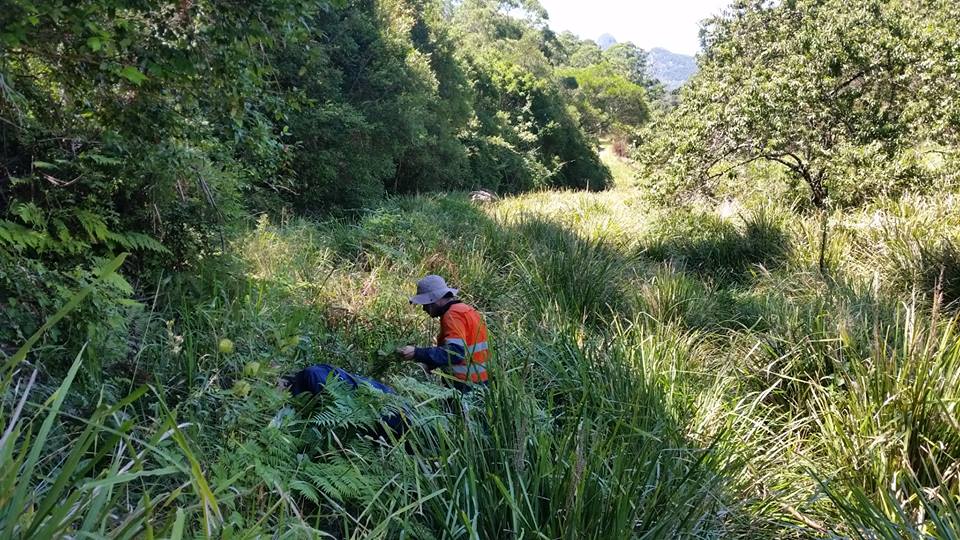 Final report for Mt Barney (an example of on-ground works)

One Sunday afternoon as we entered B4C’s property we commenced a slow drive by, searching for Moth Vine along the access track. We identified a couple of Moth Vine and destroyed them. Searching further in this location we discovered a large infestation. We tagged it with the intention to return on Tuesday, if we had time.

Works continued in Grace’s Hut along the south bank of the creek line heading towards the National Park. Density remained consistent, as did the stinging nettle. Once we reached the boundary we moved to the access track and headed back towards the infrastructure. By the end of the first day we had treated ¾ with only 150m remaining.

On the following Tuesday we continued to the Hoop pines before crossing the creek line and heading back to the National Park. This was completed by lunch time, which concluded Graces’ Hut.

With a couple of hours remaining we returned to the sight we identified on the Sunday afternoon and treated the infestation. This sight is typical of bird dispersal as the parent plant was two years older than any other species on sight which is consistent with Moth vines not podding before two years of growth. Regardless, the surrounding areas were searched but no further evidence of Moth Vine was located.

This concludes works within the Yamahra Creek valley with the exception of one day in Raspberry flats and a volunteer day to complete the catchment line on the Graces’ Hut and National Park boundary.

I want to thank Ben Barton from Mt Barney Wilderness Retreat for your support, allowing us to stay for free to complete the work in the valley.

Thank you Grace’s Hut group for allowing us to prevent seed source from entering the National park and for the use of your place for the last two weeks of the project.

Bulimba Creek Catchment Committee for having the foresight and the heart to support and fund this project. Also for allowing your staff to assist in zone 1. Your dedication to the environment is impressive and I thank you.

And finally, thanks to National Parks for allowing The World As I Am to continue works in the park and starting the process of cleaning the whole of Yamahra Valley.

On a final note, I am proud to have been a part of such a significant project. Having four separate land holders, a business, a non-profit organisation, a private land holder and Queensland Parks and Wildlife working together to support the environment, is a dream come true.