Art from roadkill to raise awareness

Roadkill is, a great deal of the time, ‘out of sight – out of mind’.

We are losing a huge amount of native wildlife on our roads and Brisbane’s Paige Garland is paying respect to these creatures as well as helping to grow awareness of the problem.

Paige could be referred to as an ‘accidental artist’.

She is not an artist by profession. She has spent her career as a manager in the community services sector.

Driven by her love of animals and her revulsion at having seen so many slaughtered on South East Queensland roads, she created a series of artworks.

“I got to a point where I just couldn’t stand to witness such a slaughter and do nothing about it,” Paige says. 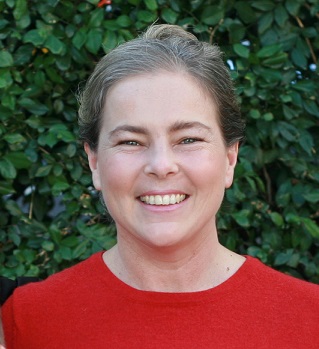 Why did she make artwork from what she saw?

Paige is from an intergenerational family of artists. She is the daughter of highly respected local artists Robin Garland-Sticovich Dip. Vis. (Arts), Antonio Sticovich and sister of Blair Garland BVA. She immediately saw the beauty of the feathers of the roadkill.

“The beauty was in the bird, even if it was dead, the feathers were still exquisitely beautiful.”

Initially taking photos of the roadkill, she realised no one would be interested in seeing such horrific images of our wonderful native species. So she discussed the issue with her mother, who suggested making art from the feathers. Paige then acquired a permit to collect feathers for one year for the purposes of making art.

…and what of the artwork itself?

“I put some degree of order in the images but not too much. I hope that these are educational and a memorial, a testament to the beauty of the original bird.”

“There is no order in the death of all these animals. They’re ghastly. The feathers smell of death, as you would expect because they come from dead birds.”

Prior to framing the feathers, she airs them.

“There’s a denial in Australian society about what’s going on – the scale of the harm to our native wildlife, as a result of being killed daily on the roads,” she says.

Paige hopes this artwork draws attention to the scale of the loss which may then make people take more action to stop it.

“At the very least, notice the animals in your local community,” she says.

“Teach your children to notice them and to understand them. Then there’s a good chance that you’ll look after them, and take action.

“They’re being slaughtered by cars at an alarming rate, locally.”

Paige’s artworks are currently on display at our Sustainability Centre at Carindale. You can come to view it at our Open Day on Saturday 6th August between 9am-12pm. Guest speaker at the Open Day is Professor Darryl Jones of Griffith University speaking about fauna movement in Brisbane.

Support Paige’s campaign
Paige is appreciative of any finacial help big or small and you can donate now to her GoFundMe campaign.

Also read about her project in an article in the South East Advertiser and a piece on the ABC.