Locals will have the chance to hear the stories of inspiring and energetic environmental leaders at Put Soul In Sustainability, a free event on Sunday 23rd October hosted at B4C Sustainability Centre in Carindale.

Brought to you by Intrepid Landcare, a national organisation that inspires and connects youth to act and lead with Landcare in communities across Australia.

The event will feature live tunes from musician Kate Leopold, and guest speakers who are young professionals and national and international environmentalists to inspire youth to get involved in Landcare.

Co-founder of Intrepid Landcare and recent National Young Landcare Leader award co-winner, Naomi Edwards, said she was looking forward to the event and hopes to meet other young like-minded people who are passionate about making a difference.

“There is a growing swell of young people creating opportunities in the community to care for the environment. What we want to create at this event is to connect young people and showcase what is happening, and how they can step up and do stuff that matters”.

“There are amazing opportunities in Brisbane for young people to get involved and seek new skills and meet inspiring people. The best part about these opportunities is that they are free and fun and can lead to life-changing experiences”. 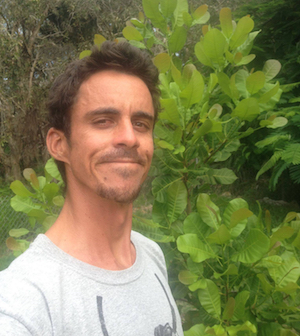 Who knows what the youth of today want and enjoy right? This question was put forward to a few young adults within the Capricorn Coast community who went on to form a youth based environmental community group called Gen Yadaba!

Mikala and Morgan have been with GenYadaba since its inception years ago. From there it has grown into a shared youth space where anyone can come and share ideas to the group and plan events and activities that they want to see happen in their local community in Yeppoon.

As tends to happen in youth spaces, people come and go, but Mikala and Morgan have been consistent forces for GenYadaba, ensuring that the good times and youth engagement within the community continue. 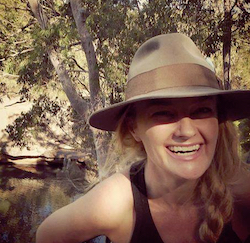 Megan is a highly energetic, fun loving, inspiring young Landcare leader from Wollongong, New South Wales. She has been a member of the Landcare movement since 2008. In 2009 she set up Illawarra Youth Landcare, now Illawarra Intrepid Landcare to address the issue of a lack of young recruitment in Landcare.

Megan holds a Bachelor of Science in Ecotourism and Diploma of Business, and has worked in Natural Resource Management since 2007. She has completed several leadership, communication and community development courses, and is passionate about sustainable travel and recreation on a global scale, and inspiring the Australian public to look after our unique natural environment through Landcare. 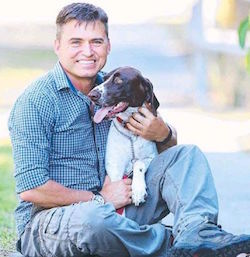 Stefan has a lifetime of adventure and experience to share. He has degrees in science, majoring in Genetics and Zoology and holds postgraduate studies in Wildlife Conservation.

He has worked in the deep, thick forests of Uganda working as an ecologist with Chimpanzees and then in privately owned game reserves. He was then a master of communication at the Nelson Mandela Metropolitan University and has even cared for injured wildlife and birds of prey. A South African, he now calls Brisbane home and this urban city is lucky to have him caring for its catchments and biodiversity.