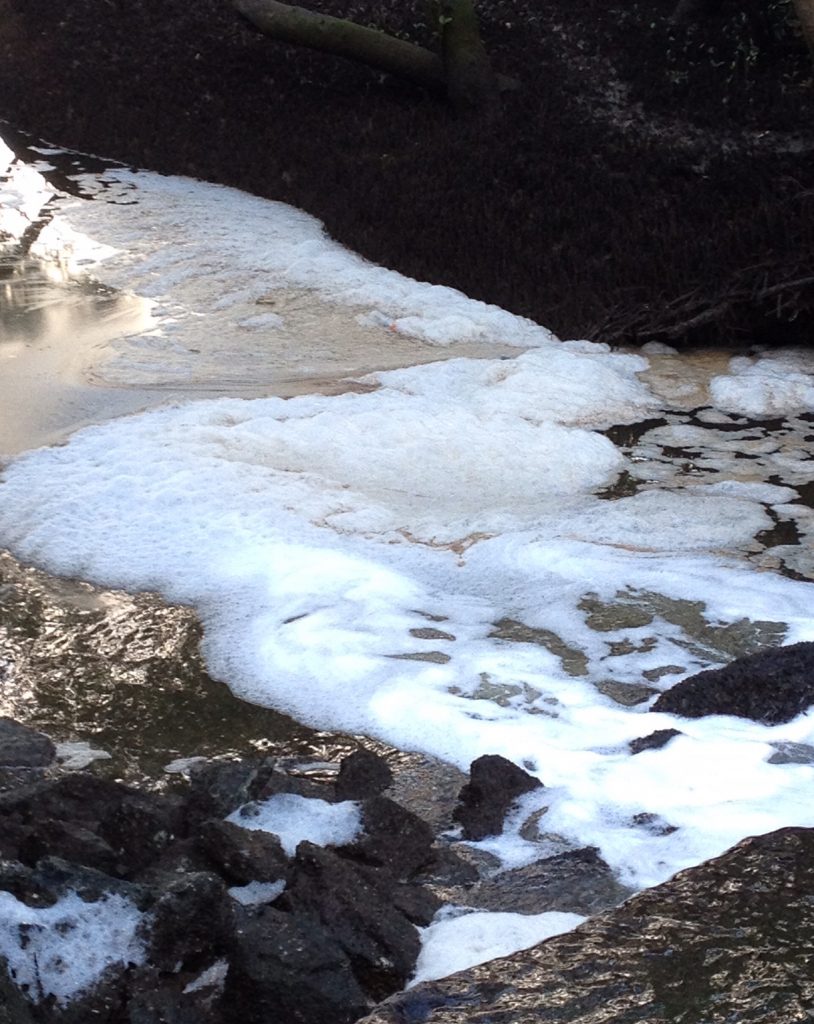 Foam at the Oxbow. Saturday 15 April

B4C is awaiting further information about contamination following 22,000 litres of firefighting foam getting released from a Qantas hangar. It moved into the surrounding waterway stretching from the lower reaches of the Brisbane River – from Bulimba Creek to Fisherman Island – and north to Shorncliffe.

Environment Minister Steven Miles said that the Department of Environment and Heritage Protection (EHP) attended the site on Tuesday and identified approximately 20 dead fish within the airport boundary and foaming surface water. 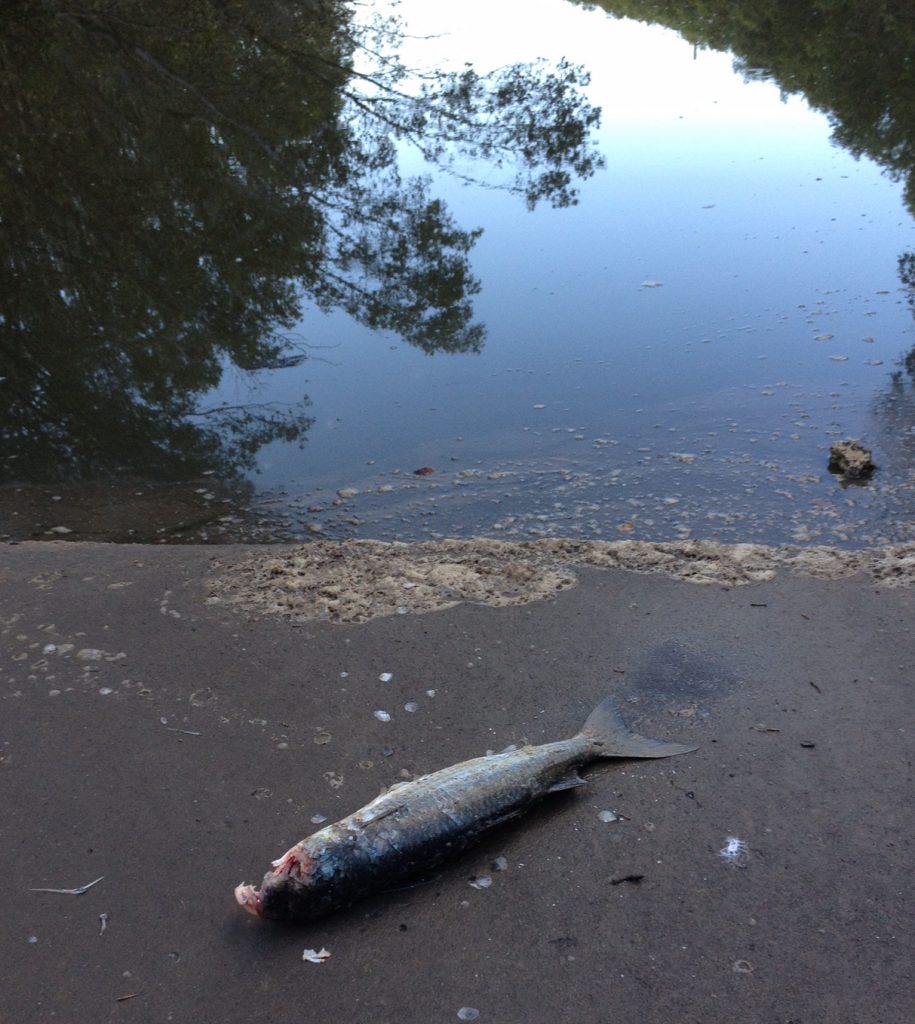 “EHP officers have also undertaken water sampling and are engaging with the responsible Commonwealth regulatory authorities to determine what further action might be needed to rehabilitate the affected environment,” Mr Miles said.

“We’ve been doing one of the largest wetlands restoration projects in Queensland near the mouth of Bulimba Creek for 20 years, including marine plant off-sets and no one bothered to tell us,” B4C President Michael Petter said.

“We could have taken action to minimise impacts by blocking the in-flow into the Oxbow at the causeway.”

The foam contains perfluorooctanoic acid (PFOA), in the chemical group of per- and poly-fluoroalkyl substances (PFAS). More about that below:

“On May 25, 2016, the U.S. Environmental Protection Agency established drinking water health advisories for PFOA and PFOS. The lifetime health advisories and health effects support documents to assist federal, state, tribal, and local officials and managers of drinking water systems in protecting public health when these chemicals are present in drinking water. The levels of PFOS and PFOA concentrations under which adverse health effects are not anticipated to occur over a lifetime of exposure are 0.07 parts per billion (70 parts per trillion) [94]”
“PFOA is a carcinogen, a liver toxicant, a developmental toxicant, and an immune system toxicant, and also exerts hormonal effects including alteration of thyroid hormone levels.[33] Animal studies show developmental toxicity from reduced birth size, physical developmental delays, endocrine disruption, and neonatal mortality.[50][99] PFOA alters lipid metabolism.[50] It is an agonist of PPARα and is a peroxisome proliferator in rodents contributing to a well understood form of oxidative stress.[100]Humans are considered less susceptible to peroxisome proliferation than rodents. However, PFOA has been found to be a liver carcinogen in rainbow trout via a potential estrogenic mechanism, which may be more relevant to humans.[100]”
(Wikipedia)