The Gibson Island Rehabilitation Project was officially launched on Sunday with a big clean-up, planting and morning tea event.

This project, in an industrial precinct at Murarrie, represents an important partnership with local industry at an environmentally significant greenspace and waterway at Aquarium Passage.

Around 80 people attended the launch event which was held on Earth Day, largely from environmental groups and industry groups as well as some general community members. View some of the photos from the event on Facebook >>

Local industry Incitec Pivot Limited (IPL) is a big supporter of the project and there was significant participation of both plant and office-based IPL staff assisting the event.

IPL’s Glenn Poynter said he was pleased to see the combined efforts of all the volunteers making such a huge difference to the area along Paringa Road.

“This area provides a vitally important aquatic and riparian habitat for a wide range of flora and fauna and while signs of neglect were obvious, the morning provided an opportunity not only to remove accumulated rubbish but also plant native vegetation – a great first step in the rehabilitation and restoration of this environment,” Glenn said. 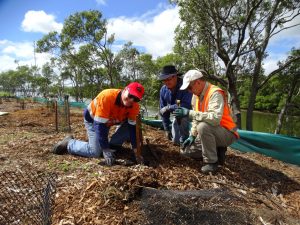 IPL chooses to maintain close relationships with their customers and in the communities within which they operate, Glenn says.

“Caring for the environment and community is one of our core values,” he said.

“This was a great example of how those close relationships are developed and how industry can contribute to improving and restoring natural environments.

“It was fabulous to see IPL employees, partners and their children taking part in this community event and we look forward to providing ongoing support for this project.”

“Earth Day at Gibson Island achieved many things – including the start of a new significant state project in a Conservation Zone and bringing local industry and the public together to be a part of an important project,” Wayne said.

“I believe people know when they are joining in something meaningful – and bringing back a waterway from severe degradation to something nature designed was there for all to envision.”

Dr Elisa Bayraktarov of UQ’s Centre for Biodiversity and Conservation Science spoke to the group following the clean-up. She said that the Bulimba Creek Oxbow project is one of the most successful marine wetland projects she has researched and therefore is looking forward to the outcomes of this project.

To get the project off the ground, B4C was assisted by a Coca-Cola Foundation Landcare Australia coastal protection grant as well as funds from Queensland Urban Utilities and Brisbane Airport Corporation.

APA Group owns the infrastructure that runs through the site and they helped B4C to identify the site location and progress the project.  They also funded a complimentary coffee van and morning tea for volunteers on the day.

B4C has also been working with the Department of Natural Resources and Energy who also provided skips for the day and sediment fencing.

The Federal Member for Bonner Ross Vasta and the State Member for Bulimba Di Farmer both attended and highlighted the importance of this project and the role of B4C.

It’s a long-term project with a great deal of work to be done. Wayne encourages interested parties to contact B4C to see how they can be involved. One of the next events at the site will be on World Environment Day on Tuesday 5th May 8.30am. 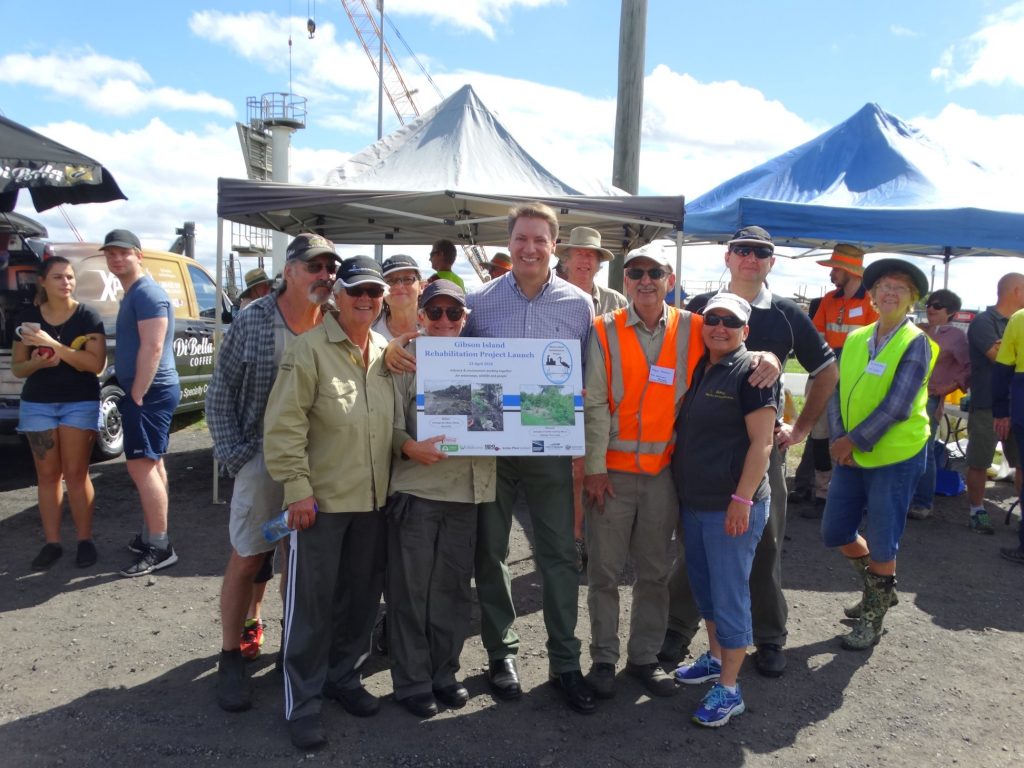